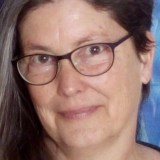 Ramey Rieger is a professional, some say obsessed, German to U.S. English translator dedicated to literature and poetry. She also literally serves any sector of the arts seeking to excite American attention. Her ongoing projects include the bi-annual program for TRIFOLION in Echternach, Luxembourg, promotional material for Matthias Frey, Oscar nominated jazz musician, as well as translating biannual contributions to the Art &Therapy Journal. Her book projects have included translation assistance for the journalistic biography of Pope Francis (A Call to Serve), the American rendition of the sports thriller Boston Run, the excellently researched historical novel Centurion of the XIX Legion, and, most recently, the personal correspondence of Rainer Maria Rilke. At home in Germany since 1990, Ramey offers perfectly localized translations of German literature and creative texts, drawing on her profound understanding of both languages, whether in a literary or an idiomatic context.

As a popular political singer/songwriter, Ramey toured the States with her music throughout the eighties, venturing on to Rio de Janeiro before settling in Germany’s Taunus region. Ramey can still occasionally be seen on stage, but now prefers to work behind the scenes; putting her (enormous) energies into passionately precise translations. She has completed the Großes Deutsches Sprachdiplom (GDS) at the Goethe Institute and is a certified professional translator with the Global Translation Institute.

This website uses cookies to improve your experience. We'll assume you're ok with this, but you can opt-out if you wish.Got it! More info ...